A Sari Tale and Hair Scare
By Sanjay Khanna

With 'voice' and 'cultural appropriation' the most controversial topics in the arts scene these days, filmmakers Premika Ratnam and Ali Kazimi have made two brief, dramatic videos for TVOntario's timely Many Voices series. Both videos beat the educational-drama trap of neat endings, goofy plots, and what I call the sermon effect, in which the targeted audience solemnly remembers the film's politically-correct message one moment— and casually forgets it the next.

The 'voices' in Many Voices are the voices of visible minority youth living and being schooled in today's 'multi-cultural' urban Canada, and the films, each approximately 14 minutes long, tell two different stories from two contrasting and very important perspectives.

A Sari Tale is the story of a twelve-year-old Hindu girl whose white elementary school teacher wants her to wear a sari to a costume party because women in the girl's culture "dress that way, don't they?" Hair Scare is about a Sikh boy who endures racism in the schools and at a local swimming pool.

Gita, the protagonist of A Sari Tale, doesn't like it when her friends call her 'Indian' or when people stare at her sari-clad mother in shopping malls. She's embarrassed about some aspects of her background and resents her teacher's assumption that her Indian roots necessarily make her feel comfortable wearing a sari to school. The solution? Her parents ingeniously drop hints that she might learn about festivals of light—including diwali—that occur all over the world when "it begins to become dark earlier." Gita persuades her teacher to allow her to make a presentation to class about these festivals. While this temporarily solves Gita's problem, the film's closing scene, in which Gita celebrates diwali with her parents, is fraught with inner conflict. Will the students make fun of her presentation? Will they understand that she's a Canadian and a Hindu?

Hair Scare's protagonist, Amar Bhalla, switches schools. As in his former school, he's taunted about his patka (the partial turban wore by Sikh boys), has to deal with bullies, and try to make friends. The central dramatic injustice occurs when he's excluded from a swimming pool by an ignorant swimming instructor, who believes Amar's patka is a health risk. Through his own sense of justice and his father's help, he regains admittance to the pool and swims with a bathing cap over his patka. He also receives an official apology from the pool's director (and an unofficial one from the aforementioned instructor). Problem: winter's coming soon, Amar's patka's getting soaked from swimming, and he's embarrassed about revealing to everyone the scary stuff we know is underneath the patka. What will he do as it gets colder? Will he endure a winter of head colds? Will he dry his head after each swim and be able to cope with the bullying and the shame?

There are fascinating sequences in both films. In A Sari Tale, we see a mother empathizing with her daughter's embarrassment with Indian culture—and, yet, feeling palpable, profound sadness about it when her daughter is out of view. In Hair Scare, the nagging question "What's underneath the turban, eh?" is answered. We see Amar, after he's had a shower, combing his long hair, gathering it and tying it with string; we see his father help him with the cloth that is tied around the bunched hair; we see the father and son discuss their common experience with turbans and being teased. Both videos have aired repeatedly on TVOntario and on the Knowledge Network in British Columbia. Deservedly so: they tackle the wide ranging issues of racism sensitively, facing head-on the stereotypes that all Sikhs are terrorists and that all Indian parents are insensitive to their Canadian children's needs. What is more, they portray youth issues in a way that the widest possible audience of children and parents can relate to. And, best of all, the avoidance of neat endings: the filmmakers acknowledge that, by definition, dilemmas never afford an easy way out. 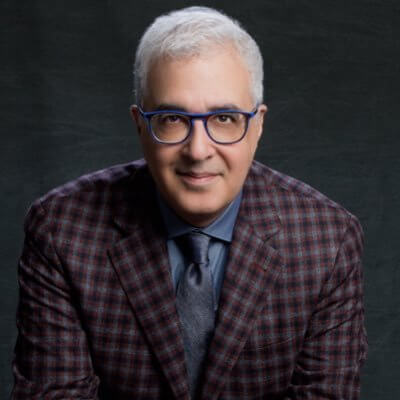