Rungh is a Canadian multidisciplinary space for creative explorations, featuring work by Indigenous, Black and People of Colour artists. Comprising of a magazine, programming, archive, advocacy and more, Rungh is committed to Canada-wide conversations by and about people of colour. Rungh questions and challenges ideas about diversity in the Canadian cultural landscape.

Rungh was founded in 1991 by Zool Suleman and Sherazad Jamal and is based in Vancouver, British Columbia, with satellite offices in Toronto, and Montreal. Rungh was a pioneer in its multidisciplinary approach, which while rooted in identity politics, also looked beyond identity in its scope. The first issue of Rungh Magazine was launched at Desh Pardesh in Toronto, Ontario in the Summer of 1992.

Rungh has its roots in a print magazine of the same name which published as a South Asian Quarterly of Culture, Comment and Criticism from 1992-1997 under one editorial team, and from 1997 to 2000 under a second editorial team. During that period, in addition to the magazine, Rungh also programmed events, engaged in advocacy to change Canada's art systems, and fostered a creative hub of activities. Rungh was dormant from 2000 to 2005. From 2005 to 2017, Rungh existed as an "in process" webspace.

Read a brief interview about Rungh here [PDF]. Learn more about Rungh through the links below. 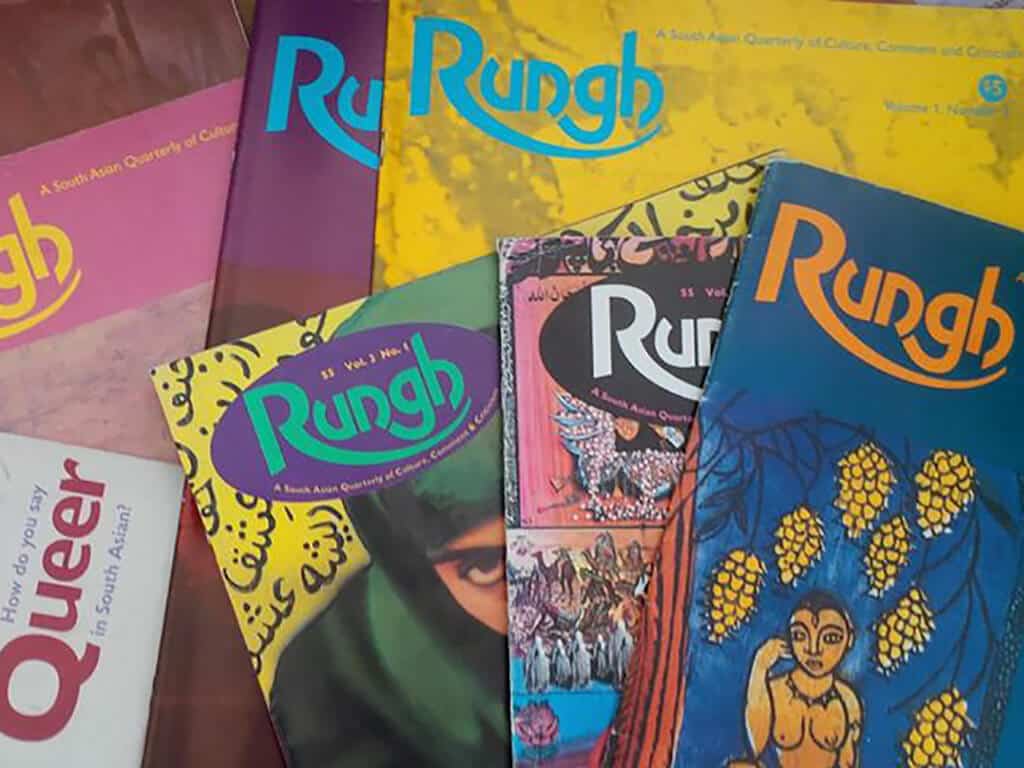 Rungh InitiativesLearn about the exciting initiatives that Rungh is spearheading and the partnership that Rungh has formed.

Rungh RelaunchSee videos and photos from Rungh's relaunch in September 2017.

Rungh EventsSee upcoming and past events that Rungh has hosted, sponsored, or participated in.

Thank you to our sponsors