Technically, OK is Talvin Singh's solo debut, but it doesn't feel like one. Everyone knows who he his, yet few outside the British electronic music scene have actually heard his music until know. Strange, considering the number of people who have slapped the tired old "future of music" tag on him.

With such lofty expectations, OK is bound to disappoint on initial listening - its one of those records that needs time to grow on you. OK will not hit you over the head with a sledgehammer, it will take a more subtle approach. It will pretend it is background music. It will work its way into your subconscious. It will overtake your thoughts and the next thing you know you'll think its strange that more music on the radio doesn't feature the Madras Philharmonic Orchestra, breakbeats and modular flute all on one track.

What makes OK work is that it sounds so vast. Fusion of musical style is always a difficult task especially when "experimentation" of this sort often ends up sounding contrived. Rather than overwhelming the listener by trying to incorporate everything possible into his mix, Talvin Singh picks and chooses.

"Traveller" is an epic track, starting off with waves of synth, intensifying until the electronic beats and tabla kick in. Suddenly things go quiet as a sitar drones peacefully in the background. Just when you think the track is over, the Madras Philharmonic Orchestra starts in. Other tracks such as "Mombasstic", "Eclipse", "Light", and "Soni" also have the same expansive feel, sounding eerily similar to a Bollywood film score.

Drum n' bass influences are all over OK, but do not overwhelm it. Similarly, Talvin Singh's tablas are featured throughout without dominating tracks. On tracks that feature vocals, such as the title track, Talvin Singh manages to utilize them in such a way that the vocals do not become the focus but rather another instrument for Talvin Singh to fiddle with. OK's success as an album is due to the fact Talvin Singh has the uncanny ability to fuse disparate sounds together without drowning them in the typical cliches of Asian pop music.

OK is not something that can be pigeonholed. Talvin Singh borrows from everywhere - east, west, north south. As a result OK cannot be easily identified with a particular musical genre and some listeners may therefore be turned off by the fact there are no reference points for this sort of music. For Talvin Singh's sake, let's hope people can keep an open mind and see beyond the rebel Asian tabla master with wacky haircut image.

Having graduated from ultra-militant indie Nation Records and signed to a major label, one might think politically charged reggae-punk hip hoppers Asian Dub Foundation would be tempted to tone down their politics in favour of something more palpable to timid music buying drones. The heavy use of Indian samples and raw sounds in their previous album, Fact and Fiction, have for the most part given way to heavy guitar riffing and slicker production. Rafi's Revenge sounds cleaner and more like a conventional rock album, but underneath it all ADF remains as socially and culturally aware as ever.

Like former Nation label mates Fundamental, ADF do not just write songs, they take up causes. "Free Satpal Ram" is a distortion laced anthem designed to raise awareness about Satpal Ram - a man who was imprisoned in England after killing another man in self defense during a racially motivated attack. Tracks such as "Assassin", "Naxalite", "Black White" and "Operation Eagle Lie" play on the theme of British Imperialism, racism and police brutality.

Although socially aware, ADF's goal has always been to create music, not to simply present political statements with backing tracks as an after thought. ADF capture the feel of a caffeine rush perfectly on "Naxalite" and "Buzzin"'. On "Free Satpal Ram" and "Hypocrite" they show they can create guitar riffs every bit as memorable as any rock band. Getting back their roots, "Culture Move" is a heavy dub/ jungle workout reminiscent of the Lee Perry/Mad Professor collaboration Super Ape Inna Jungle.

Rafi's Revenge is far from perfect - "Black and White" is just down right annoying after repeated listens, and "Hypocrite" sounds like formula reggae. But these shortcomings are more than balanced by the energy, enthusiasm and sprit ADF continue to display on their recorded works. 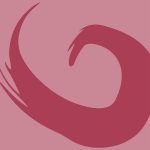