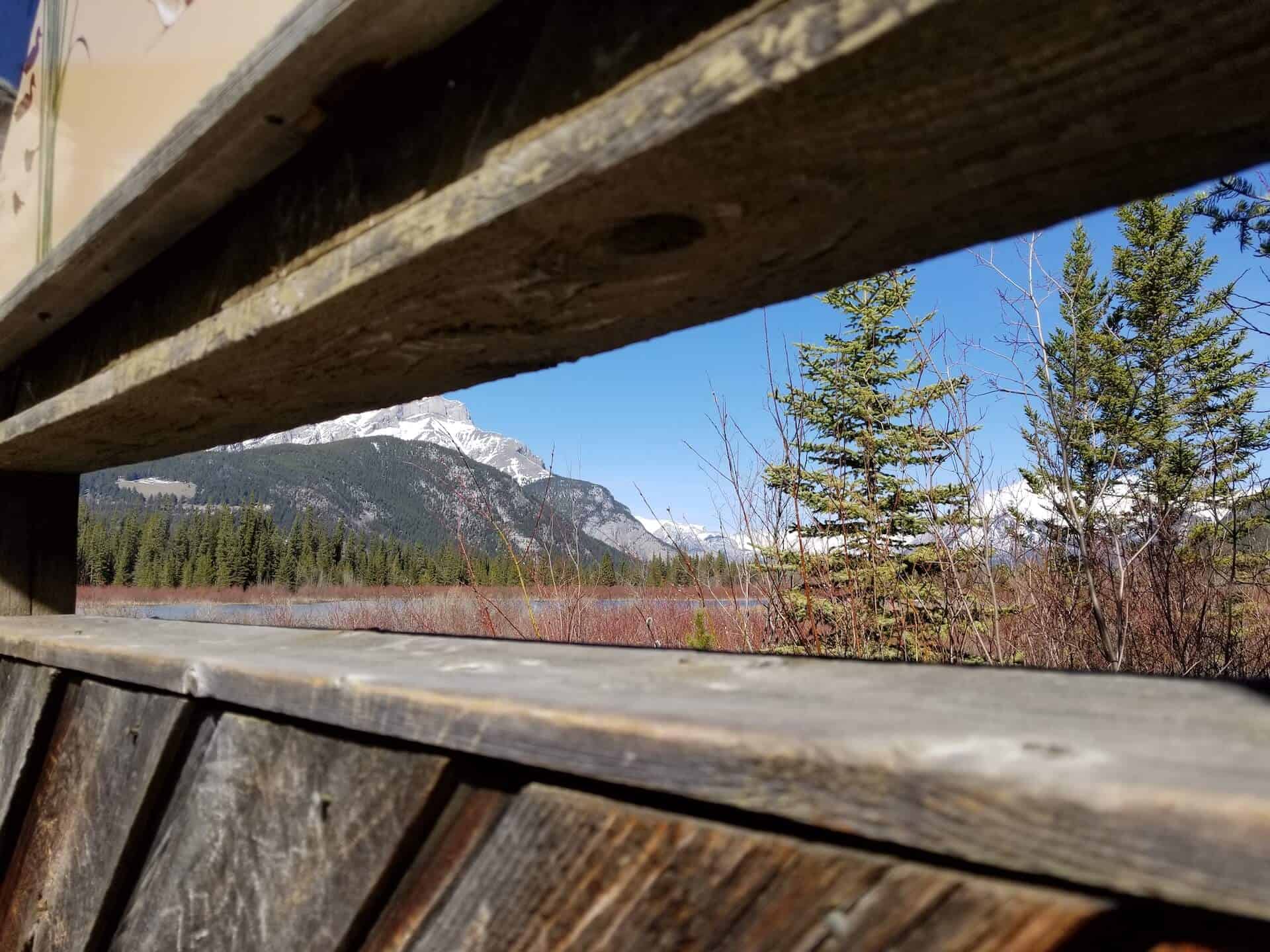 It was three weeks after the Primary Colours residency when I saw the hummingbirds. I had come into the forest looking for strength and guidance, trying to find that path that had seemed so certain while in Banff. “Find a cedar tree and look for the branch that is vibrating. Call on your ancestors. They will be there.” but I hadn’t even got that far. Before searching out the cedar tree there was the lake, icy cold in May, and it was on the sloping shore, shivering, awkward and off balance as struggled to put a muddy foot through the leg of my boxers, that I saw the first one. Or rather heard it, a directionless buzz, a chip-chip-chip; it took me a minute to find the source above my head and about a meter to the left.

Banff seemed a million miles away. Where was that feeling of being strong, centered, seen, heard and held up? I remember entering the first session and sensing a crackle in the air. You can tell when you’re in a room full of smart, questioning people, fully engaged, ready to challenge and be challenged. The first thing we did was put the big questions on the table. “How do we start to undo the colonial nature of arts organizations?” “How do we resist expressions of white fragility while we work it out?” “How do we create links of trust between Indigenous artists and artists of colour in circumstances that put us in opposition and conflict?”, “How does a group of people who are working together work with different worldviews?”, "Can we make new mistakes rather than repeat the old ones?", “Does Decolonization help us live through complicated histories or can it harm as well?”. These questions would frame much of the discussions over the next two weeks.

And in the weeks hence they had also come to frame my existence back in Victoria. The art scene here had decided to play out a graceless version of what happens when colonial systems and privilege are challenged, and I found myself in the centre of a storm fueled by misinformation, fragility and online echo chambers. I can see the joke of it now; leaving Banff clear and confident, part of some larger mission to decolonize the arts in Canada only to return to a city that bills itself as a little England. The real work doesn’t happen in conference rooms with like-minded colleagues on Sleeping Buffalo Mountain, but on the ground within our organizations and communities. That’s where the big questions really get answered. But something did happen in Banff. I’m sure the trickster god had a good time stripping away any illusion that I knew the path forward, but their real lesson was to pay attention to the deeper currents we are all connected to.

I heard the buzzing sound again after I’d been brushed by the cedar and thanked the ancestors. It was low and to the right this time, and I barely caught the iridescent flash as it flew off. I wanted to follow but thick undergrowth blocked my way, so I just stood, searching for a glimpse of colour in the trees. I had a feeling it was close by, but, seeing nothing, turned back towards the path after a minute. And there it was, at eye level on a branch hanging just in front of me. Not the hummer, but its tiny perfectly formed nest: a cup made of spider webs, moss and downy feathers disguised with lichen, and in its soft depth two bald, helpless hatchlings.

Banff really was about connecting with those deeper currents. It was about finding our ground in the Lo-Ke-To of African dance with Zab and about burning away past trauma to Peter’s Taltan chants and beating drum. It was Haruko reminding us that we are all wolves and about dancing late into the night to Prince and 80’s disco. It was the truth in Elwood’s poetry and the piercingly pure song that emerged from Soleil at end of our closing circle. It was friendship.

The beauty of Primary Colours was how it allowed the many forms of our spirit to emerge, how it wove them together and connected us to something stronger. As we talked, danced, played, convened with elders and tricksters, and made art, something deeper emerged. Or rather we became more aware of it: a pulse, a current, a flow, a place for our spirits to settle in to. It’s in Victoria too. Sometimes you can find it following a hummingbird.

Charles Campbell is a Jamaican-born multidisciplinary artist, writer and curator. He currently lives and works in Victoria BC.
More