Reading a collection or anthology is like eating tapas—or better yet, like eating on Eid day: you visit everyone you know, sampling the food at each stop, trying to strike a balance between how much namkeen and how much meetha you take in, but you still manage to save room for the biryani made by your favourite aunt. It's easy to overdo it in face of so much choice, so much good stuff. Same goes here: there are thirty one writers in Aurat Durbar, and sixty-five pieces of writing.

Individual voices are strong in Aurat Durbar—notably, those of Maya Khankhoje, Mina Kumar, Uma Parameswaran, Fauzia Rafiq, and Vinita Srivastava—but the collective voice is hard to pin down. This is not to say that it isn't present, or that it isn't strong, but perhaps that it is subtle...and somewhat new. New, not because it is focused on South Asian women—there are other such collections— but new because it has crossed the diasporic line. That is, editor Fauzia Rafiq has (knowingly and specifically) included South Asian women living in the West and South Asian women living in South Asia. As she says in the preface:"... none may be judged according to here. Or there ... [T]he content and terms of reference are diverse and so might not fit any politically correct format evolved in one cultural/geographical reference/location."(p. 12).

However, with this promise of geographic inclusiveness, I would expect better representation from around the world. As it is, most of the thirty-one writers (about twenty-five) are Canadian, and most of those (about seventeen) are Torontonian.

Beefs about Toronto-centrism aside, I welcome the diversity and the good writing in Aurat Durbar. If culture is supposed to hold up a mirror to ourselves, then I want to hear more from those who speak from the same space I'm in, who speak to me. Oy ah jo, brown sister. 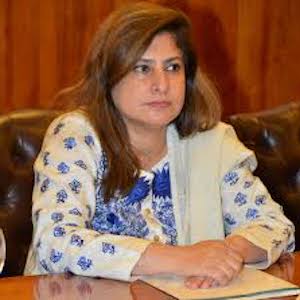 Shazia Qureshi has written for Vox and has been involved with cultural collectives in Calgary and Toronto.
More