KRS-1 and signs of blackness
By Peter Hudson

Back in ninety-five KRS-One caught flack for appearing in a televised Nike ad that found him updating the lyrics to Gil Scott-Heron's black nationalist anthem, "The Revolution Will Not Be Televised."

Without a hint of irony, KRS changed Gil's final couplet from 'The revolution will not be televised/the revolution will be live," to 'The revolution is basketball. Basketball is the truth." Soon after the ad aired, Rap Pages editor Sheena Lester took The Teacher to task for "loaning his mighty sword to the capitalist devils" by endorsing a blatant, misleading consumerism that undermined Struggles for black self-determination and made black revolt another trinket of Capitalism.

"There should be nothing so enticing about making money," wrote Lester, "that would have us LIE to our people—or ourselves — about something as crucial as the practice or policy of resistance, especially in America."1Lester, Sheena "You Must Learn, Pt. II" Rap Pages January 1996, 6.

"O ye of little faith," replied KRS in the following issue, italics and all. "Never should you doubt the integrity of the Blastmaster. The God of Rap moves in mysterious ways." And it was mysterious: what followed was a rambling, convoluted treatise on capitalism, hip hop, and revolution, full of the charecteristic cryptic elogance that saw him proclaim in a Transition interview that "America doesn't exist."2Lipscomb, Michael and KRS-One. "Can the Teacher Be Taught? A Conversation with KRS-ONE and Michael Lipscomb", Transition: An International Review 57 168-189. In response to Lester's comment that "Nike owns niggas" and that niggas shouldn't be trying to further that control, KRS responded with "Nike don't 'own niggas.' Niggas own Nike."3KRS-ONE, "Me Neva Go Commercial: Kris Responds," Rap Pages, February 1996, 9. Welcome to KRS's cipher.

You have to wonder, though, in an era where the politics of visual representation reign supreme over the vulgarity of the material, is the seemingly faulty logic of KRS's economics that far off? Apparently dismissing the hip hop mantra to keep it real, KRS provides a provocative commentary on the political terrain of late twentieth-century society. He has no penchant towards sentimentality in embracing the rapid ascent of the image, of surfaces, as the gelded foundations of a black ontology. The mass-mediated spectacle of blackness—or more specifically African American-ness— has taken on extra-large symbolic size. Black gods oversee vast afrocentric empires of signs keeping Babylon in a form of ideological check. NBA highlight reels and music videos are gospel. Tupac and Biggie are prophets awaiting their second coming. The spectacle of OJ eclipses that of Christ as The Trial of the Century becomes The Trial of the Last Two Millennia.

And with the ascendancy of this new negro virtuality, the meanings and symbols of blackness have shifted. As blackness is inevitably incorporated into the status quo (described by KRS as "the mental takeover of the mainstream population by the Hip Hop culture"), its politically charged origins are erased. Signs of blackness seem connotatively ambiguous, ripped from their contextual moorings, floating freely in an amorphous ocean of relativized symbols with only tenuous links to any previous meaning. As Ronald Judy writes, "it is the end of black folk and the beginning of global niggadom."4Judy, R. A. T. "On the Question of Nigga Authenticity" boundary 2.21:3.

Global niggadom is the cultural space of the "nigga —defined by Judy as "that which emerges from the demise of human capital, what gets articulated when the field nigger loses value as labour"— manifested through the signage and symbolism of hip hop. In "On the Question of Nigga Authenticity," Judy maps out the relation between niggas and a relatively conservative black community. Looking at nigga constructions of self, particularly in gangsta rap, Judy suggests a disjuncture between black folks who have become obsolete within the logic of late capitalism and know it—Cornel West's black, nihilistic anti-heroes—and those who still seek validation and acceptance within its boundaries (i.e. the black bourgeoisie). With this disjuncture comes a severing of any necessary or deterministic relationship between what we have understood as "black culture" and an authentic, politicized consciousness defined through "blackness." "The nurturing haven of black culture which assured memory and provided a home beyond the ravishing growth of capitalism is no longer," writes Judy. "There cannot be any cultural authenticity in resistance to capitalism."

But if the nurturing haven of black culture was destroyed—if it ever actually existed in the first place—the shared memories that provided common points of reference for the construction of this home have also been erased. The memory of a shared racial past, of the experience of the middle passage and slavery, grow faint and irrelevant, undermining the potential for the collective enterprise of diaspora; and diaspora itself creates a fictive web of cultural solidarity that becomes meaningless in opposition to capitalism.

Global niggadom replaces the African diaspora as the site of identity formation and resistance against capitalism, fulfilling Louis Chude-Sokei statement that "new economic and cultural conditions require new gods and symbols, old ones stagnate or become malevolent and repressive."5Chude-Sokei, Louis. "Post-nationalist Geographies: Rasta, Ragga, and Reinventing Africa," African Arts, Autumn, 1994, 80-96. The nationalist dream of a unified racial community is replaced by hyper-real diasporas imagined through pop culture memories circulating in endless digitally reproduced backlist. Chude-Sokei's comments come from "Post-nationalist Geographies: Rasta, Ragga, and Reinventing Africa," an essay on the state of dancehall in the post-Reagan/Thatcher/ Seaga years. In it he maps out the economic and political impetus behind the shift from the conscious lyrics of a generation before to the gun-talk and slackness of the early nineties. "The ideology of 'roots' did not offer a framework within which to contend with the changing environment of music, multinational capitalism, and global communications technology," writes Chude-Sokei. Instead, today's Jamaican youth dismiss the redemptory promise of Africa in favour of a grim celebration of the immediacy and realness of an entrenched, brutally Darwinian capitalism.6Although "Post-national Geographies" was published before the redemption of artists like Buju Banton and his conversion to rasta and a discourse of dread, the conditions that Chude-Sokei describes are still present. Buju's shift represents, I think, less a progressive movement and critique than a desperate fall-back to reliable, essentialist symbols that actually work to obscure the conditions of his surroundings. See Oumano, Elena "Selassi I Rule the Dancehall: Reggae Get Righteous Once More" The Village Voice, August 15,1995 pp. 57 and Robinson, Michael "Dread Resurrection: Buju Banton" Urb 44, Summer 1995,13-15. The forces of globalization have worked to create the intense local experience of yard in dancehall and diasporic Jamaican culture. Dancehall is the music of a migrant community who, despite their terms of residence in foreign, still passionately call Jamaica home. Apart from the occasional cross-over artist who breaks into the mainstream, dancehall has relatively private channels of communication. Hip hop's diffusion, on the other hand, has occurred without the bodies and communities whose struggles and aspirations originally fuelled it. Its migrations have occurred through electronic means, through digitized texts, rather than flesh-and-blood people. The legends-of its origins in the Bronx—or in the mythologized sites of Queensbridge, Compton, Crown Heights or Staten Island— are second-hand memories to most of its consumers/constituents/communities. These legends can be evoked but never precisely named. They are cities of the imagination for a nigga diaspora in Toronto or Tokyo or Paris, and, of course, the suburban white nigga communities across North America.

This physical displacement from the originary topographies of meaning and experience weakens the connections of this cybernetic formation of diaspora. The peripheral consumers of hip hop become suburban parasites of black and Latino inner city experience. The fetishization of ghettocentric myths of identity allow for the simultaneous erasure of the material conditions of romanticized inner city communities, and of the supposedly peripheral locales inhabited by rap consumers.7For more on this see Wimsatt, William "Upski" Bomb the Suburbs Chicago: The Subway and Elevated Press Co., 1994. The death of North American cities and their rebirth as sanitized playgrounds for wealthy tourists goes unmarked, as does both its financing through cutbacks to education, libraries, parks, and other social programs and the buying out of local democracy by developers. It's this kind of real economic clout that proves that global niggadom has nothing on Planet Hollywood.

Despite this, global niggadom and Chude-Sokei's post-national geographies remain more critical and inventive responses to economic globalization and restructuring, and the neo-conservative social policy emerging from it and facilitating it, than anything produced by the North American Left. For the most part, responses to this capitalist entrenchment from black activist communities have been intellectually and creatively vapid. Neither the anachronistic vacuity of Afrocentricity, nor the invocations of "diaspora" that, while able to critique the essentialism and ahistoricism of Afrocentricity, seem plausible only within the quasi-anthropological pretensions of cultural theory, have been able to anticipate or critique the shifts in capitalism and its attendant shifts in racial formation and white-supremacy. They are the political formations of victimization, reacting with too little, too late. Global niggadom refuses to coddle blackness as if freedom lay in a fetishization of the term, but its uncritical complicity with capitalism leaves it as a symbolic force only. It uses the political and economic networks of capitalism that have given it life in a self-serving fashion; it is like a mercenary or parasite that is willing to thrive off its host until it is dead, instead of killing it outright.

KRS isn't the pimp he thinks he is in relationship with Nike. While Nike can, with self-satisfied aplomb, proclaim "Yep, we're capitalists," in a recent ad—fully aware that the world knows this, and, perhaps, fully aware that they have helped to transform the world in such a way that few actually hold it against them—KRS has to duck down and hope his mouthy rhetoric can cover his ass.8See Katz, Donald, Just Do It: The Nike Spirit in Corporate America, and Gragg, Randy, "Domination by Design," Metropolis, June, 1997, 63-67, 83-85. KRS's assumption that because he's a black man—necessarily oppressed—getting paid by the man is an anti-racist, even revolutionary gesture, falls into the kind of individualistic logic that capitalism thrives off of. Brotherman doesn't realize that when capitalism is seen as an antidote for the politics of race, it only obscures the more complex, increasingly important, politics of class. 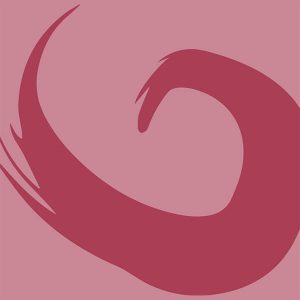 Peter Hudson is a Vancouver writer and editor. He has recently edited a special issue of West Coast Line entitled North, an anthology of contemporary Black Canadian writing.
More